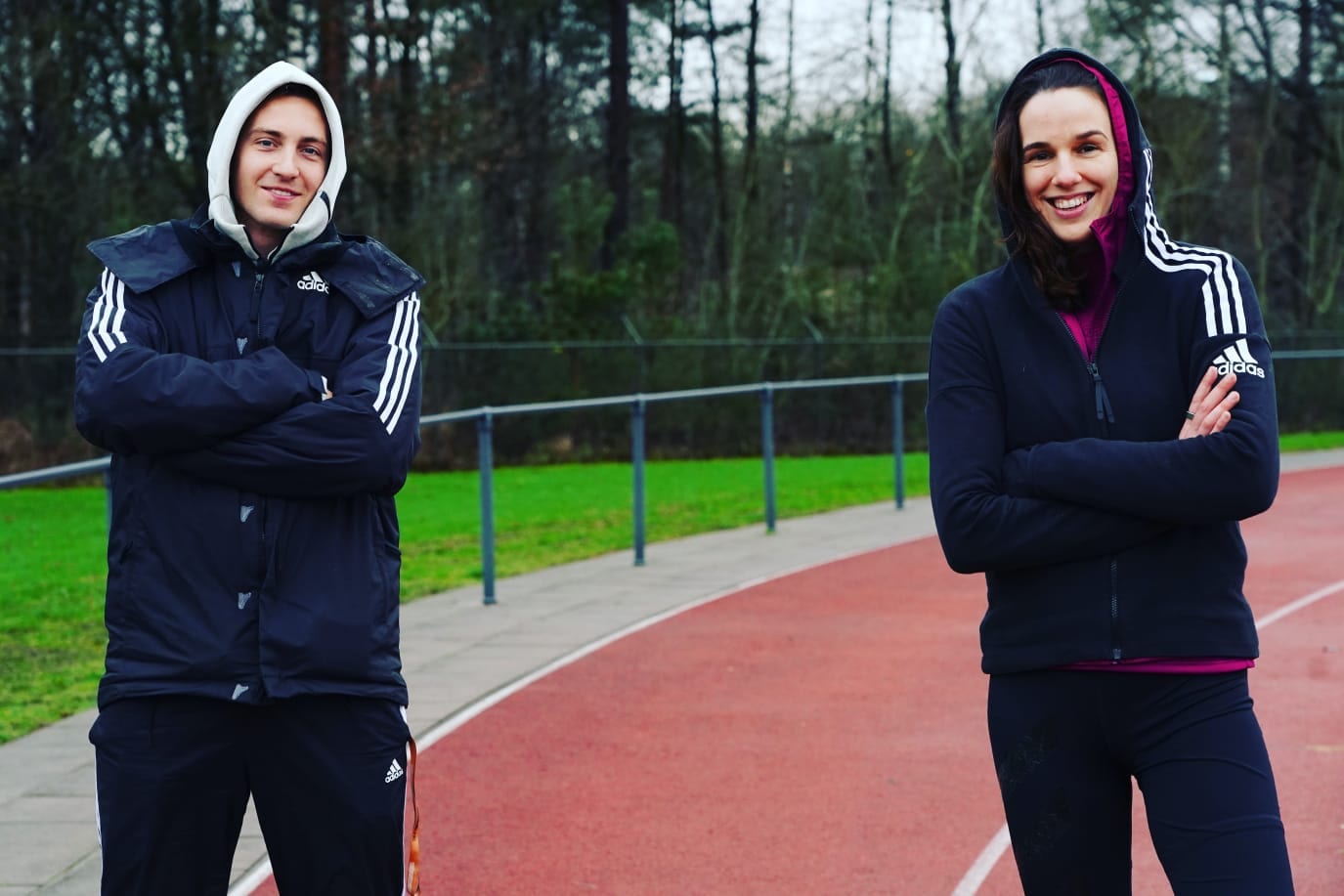 Joep and I have produced a good winter training period, even though the current method was nothing like I’ve been used to these last few years. Because of this change in approach, I did not have a great feeling about my progress so far, until the training-camp in Stellenbosch in South Africa.

Unlike the earlier training periods, we focussed heavily on the basics of running to create a fundament on which to build the next couple of years. So my expectations weren’t that high. I understood the basics, right. Boy was I wrong.

During the sessions in Stellenbosch, it became very clear that working on the basics was the right call. What also became clear was that things are looking a lot better than I thought. Even though the way of working of the last couple of months felt like a step back. In Stellenbosch I saw that working on the fundamentals is bringing significant gains. And looking back, it’s very clear that my grasp on the fundamentals isn’t that good. I’ve only been running for three years.

the days running up to my departure to Stellenbosch we quite stressful. Because of the COVID19 situation in December, the camp nearly got cancelled. Luckily, Keith kept a cool head.

My flight to South Africa was surreal. Normally planes feel very full, but my flight was nearly empty. There were multiple rows between myself and the next person. So I flew in from Amsterdam on a direct flight. Meaning I arrived a day earlier than the Britts. Although the gist of their Corona measures is the same as the Dutch measures, they really end up different. Because of this, I arrived a day ahead of Richard and Keith. Giving me the change to charge my battery and scout my unknown surroundings. Sadly, I couldn’t leave the campus due to restrictions. I needed to stay in my bubble and got my temperature taken every single day. Luckily the view from both the campus and the track was majestic.

The next day I had breakfast with Keith and Richard which was exciting. I never met these men in real life, only through Zoom calls. And of course, I’ve spoken to Keith quit a lot the past 6 months. But it’s not the same.

During the first week, my head was full of thoughts like,

“Is this collaboration going to work?”

Working with Keith really needed to be good for me to keep a positive attitude. I really want to keep working in the current combination of Joep & Keith, at least until the Paralympic Games of Paris in 2024. After all the changes over the past year, I am looking forward to a strong and stable team.

Originally the plan was for Keith and me to meet every month in Vught or the United Kingdom. But due to a certain pandemic, that hadn’t happened yet. Which makes what Keith and Joep are doing even more special. Because keeping me on track is a hell of a job under normal conditions and even harder under these. The importance of communication between these two coaches cannot be understated and they are doing a great job obviously. Keith knew in detail what I was capable of during the training sessions.

Of course I had a good feeling with Keith as a coach, but you never really know until you work with someone face to face and after the first week, I felt calm descend over me.
“This is what I was looking for.”

This is what I was looking for the past year and this is going to work with Joep. Because without either one of them, this is not going to work. Keith by himself wouldn’t work because he would not be able to really train me in the Netherlands. He cannot move to the Netherlands because he has his son over there and he has his own business over there. So now I have two coaches which just works for me.

What I really like as well is that this is a combination of young and old, multiple nationalities and languages working to get the best out of me.

The fact that this works, is amazing!

I feel really enthusiastic about this. And the enthusiasm was confirmed by in Stellenbosch. This team is going to reach the top, we’ve created a situation that works for me, it brings the calm and focus to do that I need to do.

Stellenbosch was mainly a lot of hard work with some fun sprinkled in, I thoroughly enjoyed myself. For most of the sessions, I would run and Keith would be on the bicycle beside me coaching and setting the pace which was very motivating.

Keith is in his late fifties and fit! With his experience, he is able to explain to me what I should feel while sprinting. How do you put a race together? He manages to make it simple without losing the details.

Getting to know Richard Whitehead was fun, that man is crazy. Still I was able to learn a lot from him. He has multiple gold medals and titles to his name and has been a top athlete for over 10 years. Another example for me to learn from.

The fact that Keith & joep hit the nail on the head with my current training program in these first 6 months speaks to their skill. Normally a process like this takes two years. but because of their openness and mutual trust, this is working.

I’m so happy I followed my feelings and stayed critical. Because it enabled me to figure out what I need and create a stable situation for me to excel in the next couple of years. 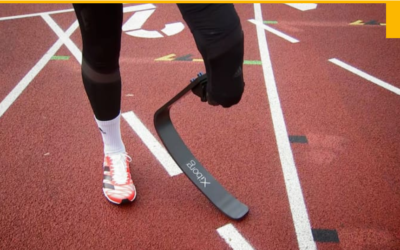 END_OF_DOCUMENT_TOKEN_TO_BE_REPLACED

In this post I reflect on what brought me to Tokyo, the challenges and choices that helped me become the fastest version of myself. I still have quite a bit to improve. But first the Paralympics

END_OF_DOCUMENT_TOKEN_TO_BE_REPLACED

When I look back on my journey to Paralympic top sprintster, the title should actually be; 'The journey to myself'. In elite sports you are dependent on yourself, so if you drop the ball physically or mentally, you will immediately feel that during the race. May 8, I...

END_OF_DOCUMENT_TOKEN_TO_BE_REPLACED 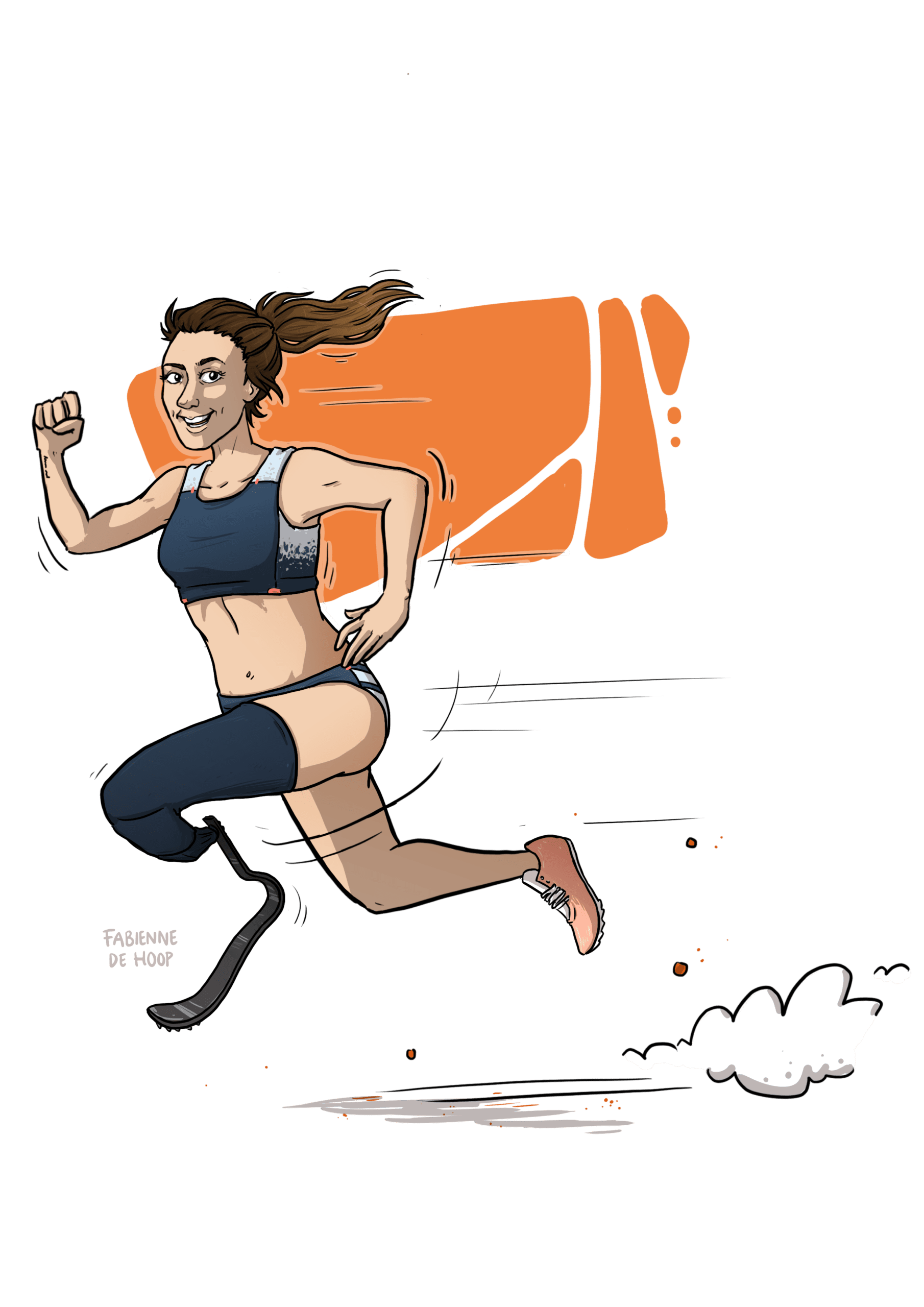